I heard Jonas Öberg speak about blockhash and elog.io (since mothballed) at Fosdem2015. The general purpose of these tools is to allow users to make attribution of CC licensed images easy. First they identify CC licensed images when they are used on-line, the tools then match the image with a record in a central database which provides the attribution / licence metadata: effectively meta-data becomes searchable by image. The meta-data also becomes actionable: various attribution tools, providing greater sophistication and usability, can be built as a consequence. These tools support freedom and could make our commons function better… the can also be used to make a really fun game!

Introduction to blockhash – the foundation of the game

Blockhash turns an image into a number-letter-sting (a hexadecimal hash) which is (probably) unique to that image. It reminds me a little of a barcode. You can read about the tool here, but the simplified explanation below is all that is needed to play the game. 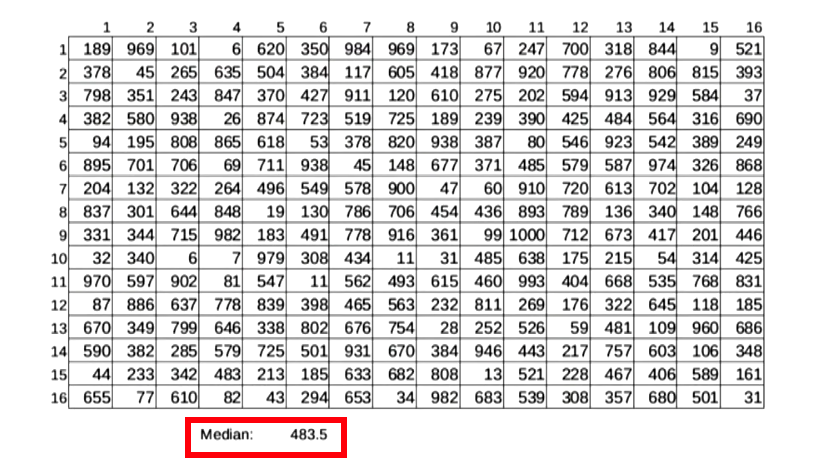 4) Each cell is then given a 0 if the sum of pixels is below the the median, and 1 if it is above the median. This gives you a binary grid. 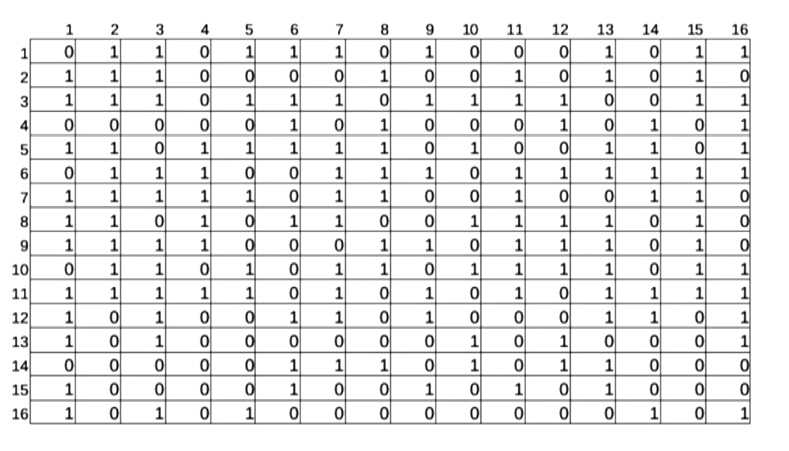 5) A hexadecimal hash is then derived from the binary. which can be used to quickly pair the image with a corresponding record in the image/meta-data archive.

How does the game work? 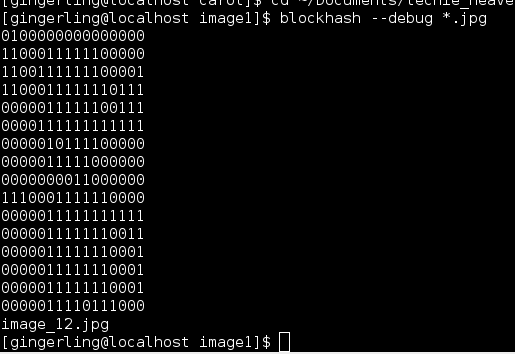 3) They manually search through all the (20-40) binary-grid cards to find one which matches the one they just generated. The binary grid has the hash on the bottom. The images are spread out, the kids may start to think of ideas to help them search, for example taking a picture of the command line grid on their phone. 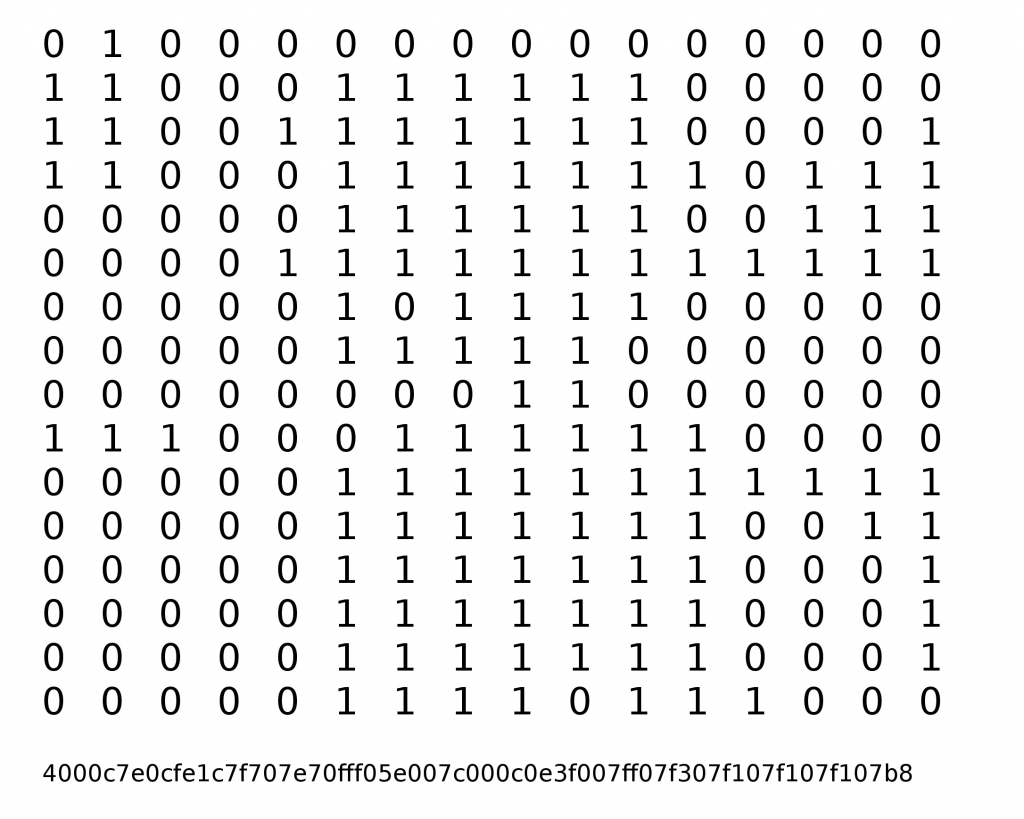 4) Once they have the binary grid card with the hash at the bottom, they then manually search though photo cards to find the image with the matching hash – when they find a match, they win a prize. Again, spread out the cards out so the kids have to work together and communicate to win. 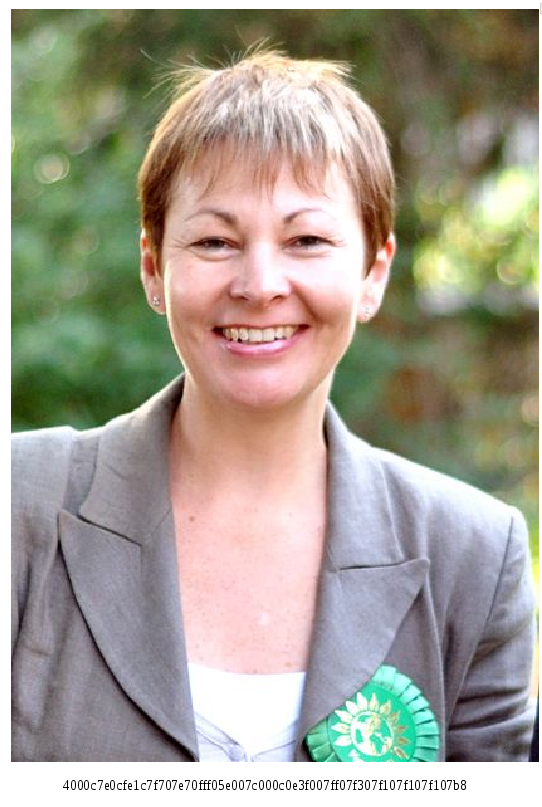 5) They repeat steps 2-4 over and over and at the end, the team with the most matched cards wins! They must to use the tab function in the command line to see which images are in the file. Extra points for those who know who/what the images are of (In this case, one kid knew that this image is of Caroline Lucas from the Green Party, and was very happy to have won her!)

Preparing for the game

Please allow plenty of preparation time, at least 2 hours for the computers and one for printing and checking the images.

Before you begin: Preparing the game pieces

The game pieces can be downloaded below. They are in sets of 10 image and hash pairs, with 40 in total. Print as many sets are you need, however, please check them before you use, there may be some errors. Additionally, the some images are culturally specific to the UK and even my town, so you may wish to omit some and add your own. Please add links in the comments box.

Print and laminate, put in pockets, on card or on a notice board (to stop them blowing away). Arrange the blockhashes together in once place, and images all together in another. If you have prizes to give away, they may be placed one per image.

Before you begin: Preparing the computers

Take your time here, allow at least 2 hours. It is hard to fix any errors once the game has started.

Each computer must have:

Suggested steps to prepare the computers

*Blockhash has few dependencies, however, I found occasionally unexpected tools were missing, such as a c-compiler in one case. It is therefore best to use computers which are all running the same OS at the same version, and that you test the activity from start to finish on one machine (deleting blockhash etc before the game). If you have no errors, then you can expect all of them to function the same way. If the one machine requires some additional package then install it on the other machines too (or add the installation to the activity sheet).

With the kids: Video introduction

We watched the first 35 ish minutes of the following video: before the kids got restless. They did super well because the content is complex and advanced. I would have liked to make a 20 minute version but I did not have time. 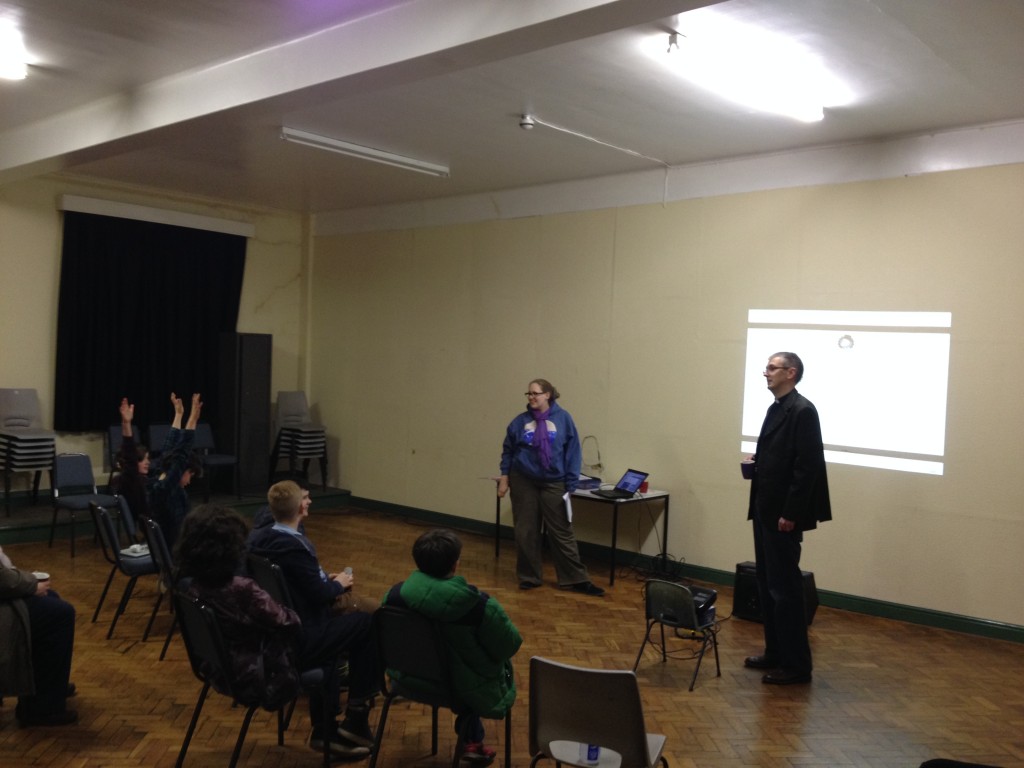 Switch off the GUI – let’s be brave!

Note: it’s CTRL + ALT + F7 to turn on the GUI again 🙂 We switch of the GUI so the kids can’t cheat by simply opening the file and looking at the image.

Change Directory into the blockhash file and build it 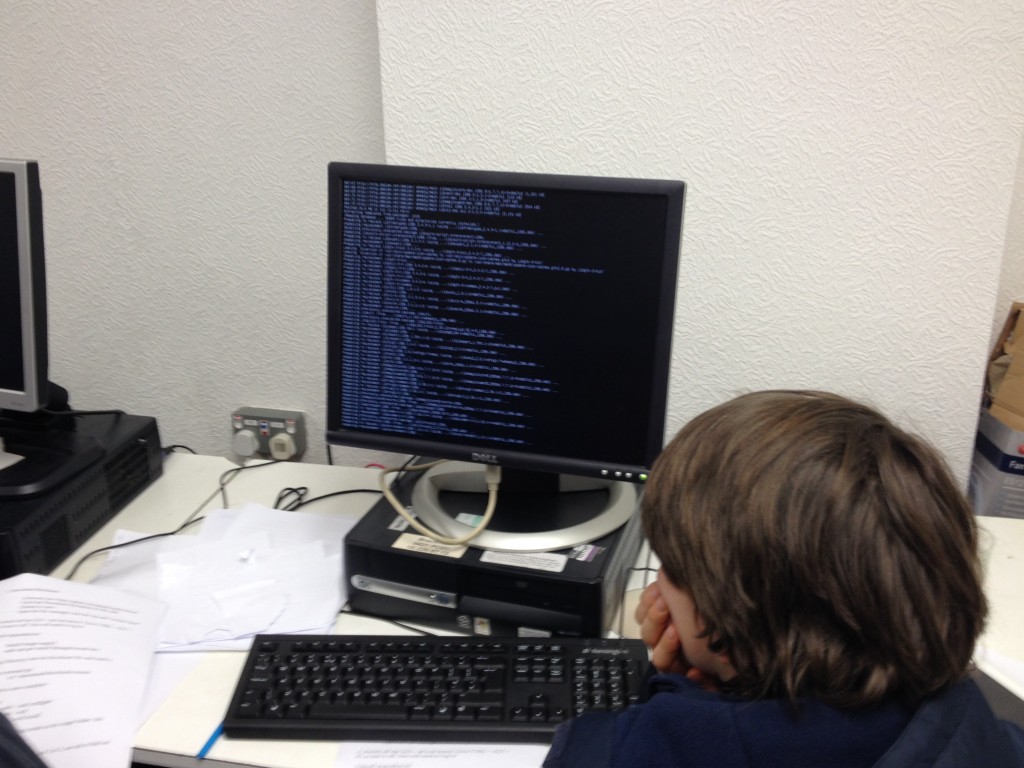 Run blockhash in debug mode on the image folder: this prints the binary… 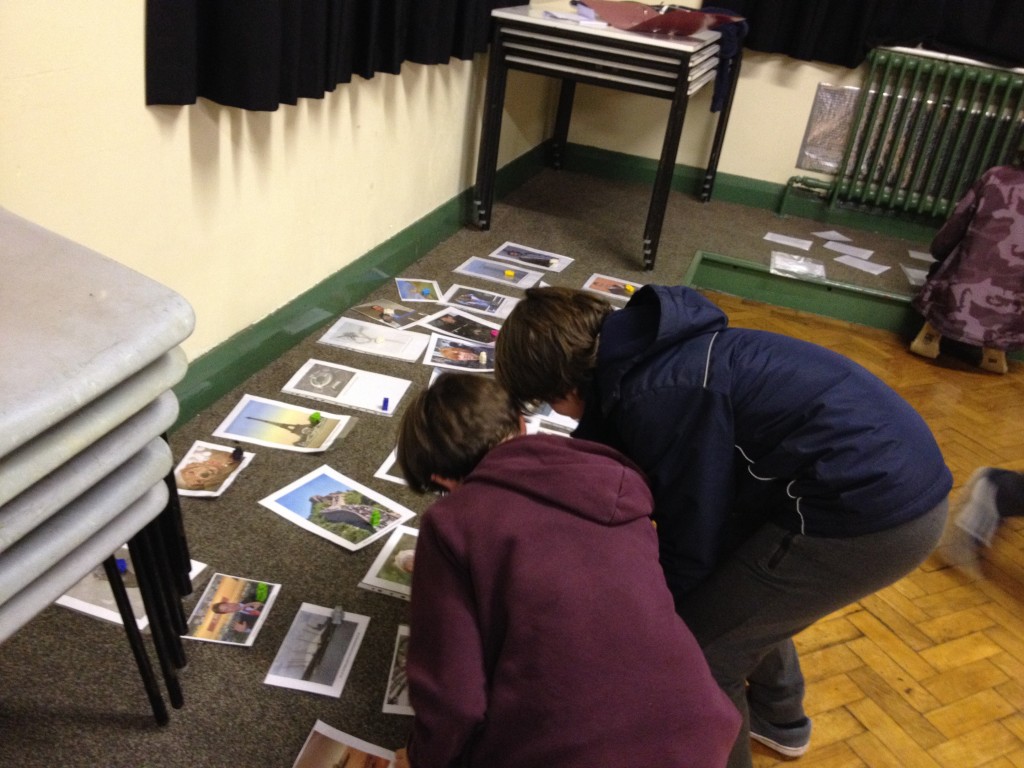 It took the kids a while to understand the task, but when they did, they were super excited and ran around a lot finding images. There were a few who didn’t understand yet, who needed extra help. 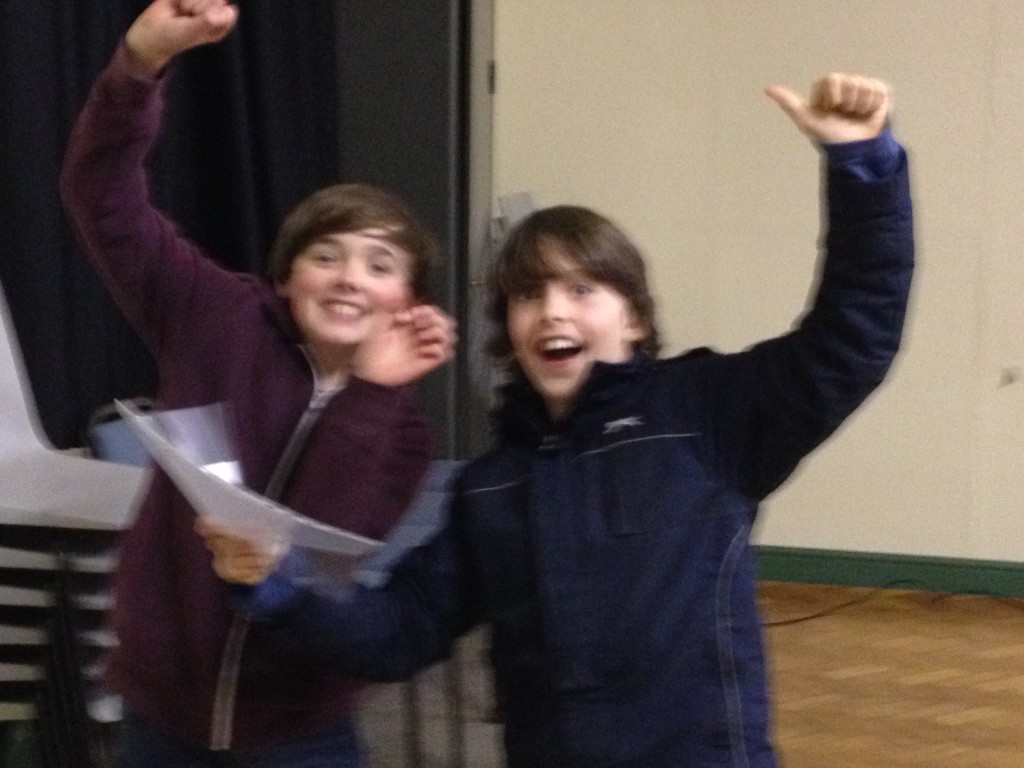 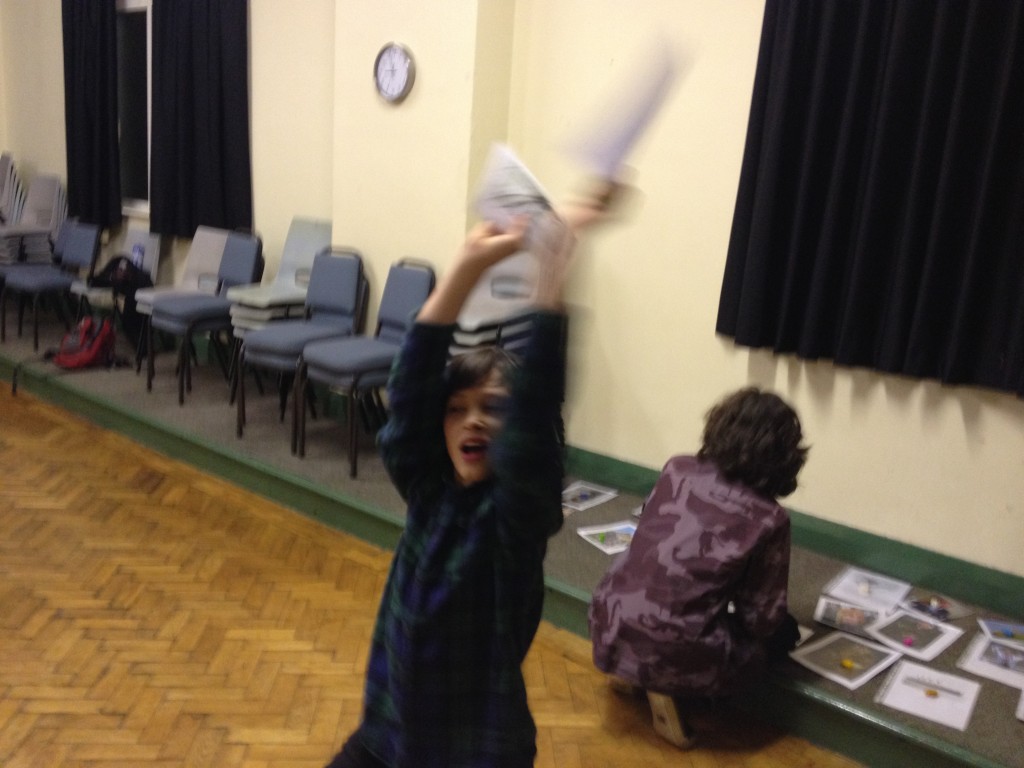 If the elog.io project gets funding again in the future, I would recommend showing the kids the tool in action; using the plugin and the tools for attributing CC images. In my group this task was part of a wider dialogue about copyright.