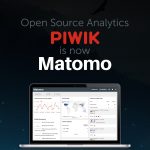 Piwik is the Free and Open Source Analytics project, like Google Analytics but a whole lot less creepy. On 9th January 2018 Piwik was renamed Matomo, and on 12th January Innocraft.Cloud switched from Piwik to Matomo branding on their site/services and announced the change to their customers. Piwik has been around for over 10 years, so changing the brand name is a big step: I did a little digging and can shed some light on why this change has happened and how it highlights a wider issue for Open Source projects in world of Branding and brand loyalty.

Piwik is the Open Source project and Piwik Pro was founded to provide hosting, support and development services for Piwik users: while many Open Source enthusiasts love to self-host, many SME’s don’t have the expertise/time/resources etc to go down that route. 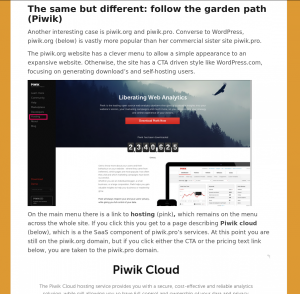 Between June 2016 the Piwik.org website “recommended” Piwik Pro Cloud trial and finally, from June / July 2017 they switched to offering the 30 day free trail at innocraft.cloud.

A discussion on twitter provides a hint, perhaps, of the cause of this parting of ways:

Behind @InnoCraftHQ they are the actual creator and the core maintainers of Piwik / Matomo.@PiwikPro was a try to create a company to provide professional support.
The human relations failed, so now there is 2 companies, but only one is running with the values of free / open.

I don’t know “what went on”, however, having experienced the breakdown of personal relationships within an Open Source company/project myself, I expect it was a difficult, even traumatic, but ultimately liberating and productive process.

This confusion had lead to clarifications being published on Piwik.org:

It doesn’t read for pleasant reading and so highlights why a change was needed in this situation.

In FLOSS, the relationship breakdown between developers and their companies often has these dramatic branding consequences, for example with OwnCloud / NextCloud or the perhaps even messier Open Office / LibreOffice debacle: this not exactly “Forking” playing out as designed by Richard Stallman.

If the treasured brand name gets lost, damaged or stolen in the relationship breakdown then the core developers / community essentially become the “forkers” and pay the “reputation penalty associated with Forking” [4] while the company gets all the perks of consistent branding.

A recent and more ideal example of Forking is ThirtyBees and Prestashop: a smaller group of developers, tired of the poor performance and behavior of the larger group/brand owners, splinters off and starts work on a fork/clone the original Open Source code, publishing under a new brand name. The projects slowly diverge, and in the case of Thirty Bees, long needed improvements are distributed to the users!

The elegance of WordPress.org/.com is perhaps the ideal however, where the brand name is owned by a trust rather than an individual and derivatives are tightly controlled.

Whatever the model used, the deterioration of relations between an Open Source project/developers and their associated companies too often results in the loss / damage of brand names. This is not good for the individual project and it’s users, not the overall aims of Free and Open Source software. It’s also not in the spirit of how Open Source is designed to function.

I first learned that “something was going on” in January 2017, by which point the Piwik.org website was still “recommending” Piwik.pro and Matthieu had just secured the Trademark for Innocraft [2]. I was in the early stages of setting up gingerlingdesign.co.uk and wanted to use hosted Piwik for my new business: however, my experience of Piwik.pro in the past had been disappointing.

I filled out a help ticket on Piwik.org to discuss those issues and unexpectedly got a reply from Matthieu himself, who directed me to Innocraft.cloud and I unwittingly became one of their early customers. One year later, I am still a satisfied customer! There were a few bugs and glitches in the early days for sure, however, they were fixed promptly and communication was clear: every aspect of the service has been better than what I expirenced at piwik.pro.

The quality of Innocraft’s service shows the benefit of developers being engaged and involved in their own hosted services.

One aspect which is, perhaps, related to this whole process which I am not too happy about is the Premium features / paid-for-plugins approach. 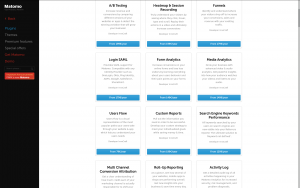 I hope Open Core / neo-proprietary development is not the future development model for Piwik/Matomo. Prestashop has a similar model and it’s been a truly miserable user experience for me over the past 7 years using their software for my webstore www.ethicalpets.co.uk.

Issues with the renaming process

I think the rename has gone fairly well, over all. I noticed that the English language Wikipedia page about Piwik is currently MIA – presumably the name change has caused an issue as it conflicts with another page name. Something to note if you ever need to rename your Open Source project! 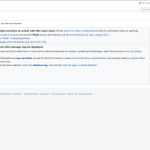 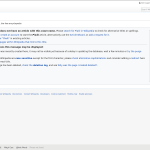 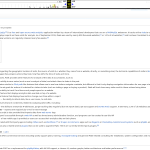 I prefer the name Piwik, but I also prefer that the project remains Free software with a clear brand identity owned by the developers (or community, ideally). I think Matthieu has done a great job with Innocraft, which runs a great service, and wish him all the best for the future! The deterioration of relations between an Open Source project/it’s developers and their associated companies too often results in the loss / damage of brand names, which in turn penalizes the Open Source project: this is not good for Open Source projects or users and is not how Free Software was designed to function. 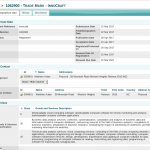 [3] I have edited this quote for clarity, replacing Matomo with Piwik. Presumably this was the original state of that FAQ before the rename happened.

5 thoughts on “Why Piwik is now Matomo: on Forking and Damaged Trademarks”